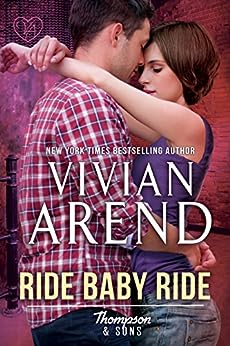 He wants all her tomorrowsSmall town mechanic Gage Jenick's been waiting for this moment ever since his best friend's little sister transformed from annoying tagalong to desirable woman. When sweet Katy Thompson kicks her boyfriend to the curb, Gage makes his move. In spite of an assignment that will take him completely off the grid for five long months, he steals her away for one night of steamy passion with the promise of more in the future.She can't remember yesterdayWhen a freak accident on a storm-swept road leaves Katy with a memory full of holes, she can't remember her own email password, much less how the little pink "positive" on the pregnancy stick got there. She's at a loss to explain what happened, or when...or with whom. Suddenly she's got two men claiming to be her baby daddy: her redneck ex, and her long-time crush, Gage.But what the mind forgets, the heart remembers. Still, it's going to be a long, hard ride to a happily-ever-after for two, plus one.*This book was previously published as BABY, BE MINE.*   AMAZON    3 STARS

I liked that it started out strong and I liked both Katy and Gage.  But for me it seemed like it started to fizzle out a bit as it went on.  The fights between the M.C.'s not sure that they felt all that believable. Seemed a little forced, I can understand she's not quite herself because of the accident and her pregnancy hormones but still..
Simon, the ex-boyfriend does his best to cause trouble, just like it was promised).  But I was amazed with the stuff he got away with.  Especially towards the end. Some of it I questioned but hey, it was part of the story.
I liked Katy's best friend, Janey.  That girl was a whirl wind of " I got Katy's back'' kind of person.
Several different times the descriptive writing made me smile.  Like when Katy met up with Gage when she was still mad at him.  He said Hi and "she lifted one brow in a perfect Vulcan imitation" and said Hi.  There were just a few like that and each and every one made me smile.  The author didn't overdo it, they were just sprinkled sparingly throughout the book.
It does have an Epilogue that ties up the rest of the story.
There is a quick look into the next book in the Series, "Rocky Ride."  A book with Mitch Thmpson and Constable Anna Coleman.
Posted by Flame at 1:48 PM