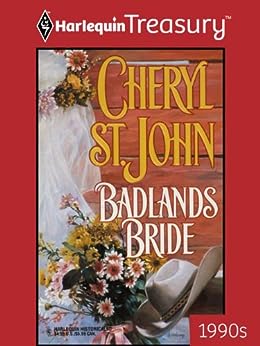 Shooting a bandit was reporter Hallie Wainwright's introduction to the Wild West, where she'd traveled with a bevy of mail-order brides. But it was the more intimate "hello" in the arms of Cooper DeWitt that sent her heart racing—and made it all the more difficult for her to tell the brawny plainsman that she wasn't the woman he'd sent for….

When she jumped from the stage, shining with true grit and spewing tall tales, Cooper DeWitt thought he just might have struck gold. Raised with the Sioux, Cooper needed a wife who could brave the frontier and corral his restless heart. The problem was, his would-be bride had no intention of marrying him! AMAZON 4.5 STARS

When I first began reading I was half afraid that it would fall into the rest of some of the others that wasn't very deep.   I'm so glad that it was even better than what I had hoped.  It wasn't like some, where the woman  was so ill equipped for their new situation, and complaining all the way.  Nope, not Hallie.    Oh don't get me wrong, she really is ill equipped but she pitched right in; often surprising herself and others along the way.   She learned and adapted, even when some terrifying adventures come her way.  When she got to the station after shooting the bandit, the driver grinned and called her the hellcat .  Made me smile at that one.  And there are some interesting adventures as you can tell even from the beginning of the story.   The more I got to know Cooper, the better I liked him.  He slowly began to understand Hallie better than even her own family ever had.  She was made to feel invisible and sometimes unwanted when it came to who she was.  She was made to feel like want she wanted didn't matter and that she had no value other than  being a woman molded to society's mold.  She just didn't fit and she didn't want to.
Cooper's nephew Yellow Eagle and his mother, Chumani were good additions to the story and I enjoyed the part they played too.  There were a couple of other people who added to the cast too, just not an overload of people.
I liked how the story ended and enjoyed the Epilogue as well.
Posted by Flame at 12:36 PM