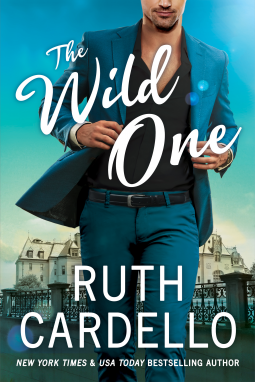 She wants to go wild. A billionaire decides to go with her. For two Americans in Paris, love wasn’t in the plans in New York Times bestselling author Ruth Cardello’s sexy high-stakes romance.
After years of choosing safe over satisfying, a weeklong Paris fling sounds perfect to Wren Heath. And who better to have it with than Mauricio Romano, a billionaire with a reputation as a first-class heartbreaker. A few days. Fun, then done. What happens on vacation stays on vacation, right?
Paris was Mauricio’s playground, and love was never part of the game. Lust? Toujours. Then he meets a sweet woman who wants to be a sex kitten. He knows how to give her the wildest five days and nights of her life. No commitments. No strings. But the hotter it gets, the harder it is to remember his own rules.
What do you do when what happens in Paris stays in your heart and then shows up at home?
Are these two destined to clash or destined for love?   AMAZON LINK
4 STARS


This book was one I found hard to rate because I had mixed feelings about it.  I finally decided because it did have more good points that it deserved 4 stars on Amazon.  It did contain more story than just the sexual fling.

Okay, now I knew this was going to be an adult story. But did there really have to be so many "F" words in the story?  From even the first few beginning chapters, I lost count.  So if you needed to be warned you have been now.  This story was filled with history, some engineering references,  sex and sexual foreplay.  But the blurb of the book should have prepared us for the sexual angle right?
On the plus side though, there is a good amount humor, affection, family interactions and interesting main characters.   Both Wren and Mauricio had close, loving family members in common.  I did enjoy seeing them being there for each other even if it differed a bit in each family.
Mauricio is used to women falling at his feet and he finds Wren intriguing.   Oh, he knows she's attracted to him. But she is shy, blunt and funny, all the things he wasn't expecting.  She's a breath of fresh air that isn't all that impressed with some of his ways.
Wren had so many weights on her shoulders.  A job she doesn't love, her family to help and a father she doesn't know how to help.  One of the reasons she just wanted to do something wild for herself.  I thought Wild One was about Mauricio but as the story went on Wren could also grab part of that title.
Dominic Corisi part of the story I found kind of irritating.  Why?  Because I had read a bit about him in a previous book.  And in this one he had a chapter at the beginning and a chapter at the end that was more like a teaser.  Although from the information in that last chapter it now looks like Dominic is now on a tear.  And he's looking to unleash some pain.


"I voluntarily read and reviewed an advanced copy of this book. All thoughts and opinions are my own.”
Posted by Flame at 8:33 AM