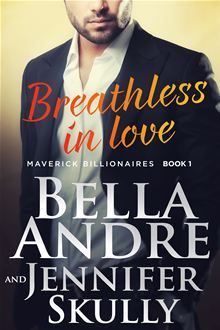 Will Franconi has a dark past that he's kept a closely guarded secret―very few people have ever heard his real story and he plans to keep it that way. After surviving a hellish childhood, he's now living the dream life where everything he touches turns to gold. But something’s missing. He doesn't quite know what until a simple letter from a teenage boy brings Harper Newman into his life. A woman who just might fill up the empty places inside him...if only he could ever be worthy of her love.

When a man has more money than he could possibly spend in five lifetimes, Harper has to ask herself what Will Franconi could possibly want from a woman like her? She's learned the hard way that rich men always get what they want no matter the cost. If it was just herself she had to worry about, Harper would manage, but she's guardian to her younger brother who depends on her for everything. After nearly losing his life in a car crash, she's vowed never to let anyone hurt him ever again.

Still, sometimes Harper can't help but long to change her story from one of an always-cautious woman to an adventurous tale of a heroine who's wild and free...especially when Will's kisses and caresses make her utterly breathless. And as he begins to reveal his story to her, she discovers that he's so much more than just another wealthy, privileged man. He's kind and giving, and he fills up all the spaces inside of her heart that have been empty for so long. Together, can they rewrite their stories into a happily-ever-after that neither of them had previously thought was possible?
AMAZON LINK
4 STARS

A good story with good main characters.  Both Will and Harper had their burdens that they carried.  Regrets and responsibilities as well. Will has pulled himself up from some really bad things in his early life.  He's made a lot of really good things since then.  Yes, he is successful and rich but he has also become a much better person than who he was before. He life gets even better when he responds to a young boy's letter.  Jeremy touched Will in places he hadn't expected and that continues throughout the story.  I really liked that and the friendship and caring that develops between them
Harper's brother Jeremy was part of her heavy responsibility and she often struggles with that weight.  She loves him so much and is so protective of him that it adds an element of charm and challenges  to the story.  Jeremy himself is so well written and added a smile to my face more than once.
It felt like there was a bit too much repetition when it came to Will mulling over how unworthy he was of a woman's love.  That he was no good for Harper or even being in Jeremy's life.  Same for Harper and her fears  of not making right, safe choices for her brother.  She had even put her life in lock down because of fear.  It seemed to slow the story after a while.
The Maverick Group was a unique of men who went through rough times together from a really young age.  Susan and Bob were people who took them in and loved them unconditionally.  I liked that as well.  So although, I wouldn't say that this was a favorite of mine, it did have enough good points that caused me to say yes to 4 Stars on Amazon.

"I voluntarily read and reviewed a copy of this book. All thoughts and opinions are my own.”
Posted by Flame at 9:01 PM