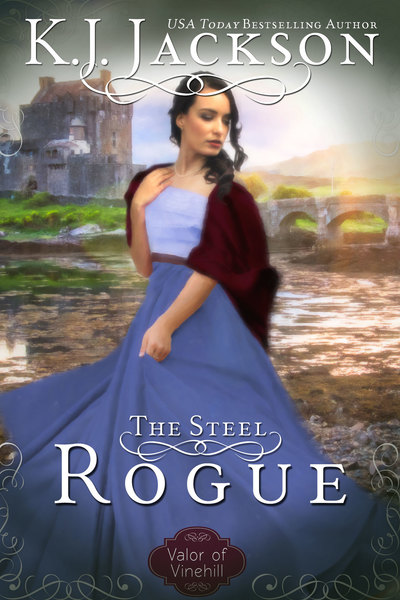 A scarred lady, living in the outskirts of society. A hardened rogue brought up from the worst of humanity. One seeks revenge. One seeks redemption. Neither is prepared for a love that will defy all odds.

A scarred lady, living in the fringes.
Lady Alton knows she doesn’t fit into polite society. Her scars determined that long ago and marrying a viscount never helped the matter. Now a widow, Torrie is adrift, knowing peace and a family will never be hers. Luckily, she has one hobby, obsessing on the man that helped to kill her family nine years ago—Mr. Robert Lipinstein—who is back on English soil. When she discovers he is about to board a ship—still not accountable for his crimes—she follows him to the docks.

A hardened rogue brought up from the worst of humanity.
Roe Lipinstein has one thing on his mind—to get on his ship and catch the Minerva—the smuggling ship that holds the crew that killed half his mates. The ship—and the men aboard—need to sink to a watery grave and he’s now within striking distance. He has no time to save a fool woman from a hoard of sailors at the docks. Of course, what he should do, and what he actually does, have always been very different things.

A reckoning no one was prepared for.
When Roe yanks Torrie from the frothing band of ruffians, he’s faced with a reckoning he wasn’t prepared to have. He served seven years in Newgate Prison for killing Torrie’s family. A crime he didn’t commit. Not that she’ll believe him. Ever.

But the attraction between them cannot be denied. And if she manages to crack her heart open to this hardened rouge, a love that will defy all odds could be theirs.  AMAZON LINK
5 STARS

There is a dramatic start to this book.  And it doesn't take too long to see why the title of this book is what it is.  In fact, several reasons come to mind fairly early.
This book had intense emotions in it from both of  the main characters.  As time goes on, the reader gets to see more and more of their past.  It kept me involved all the way through and I enjoyed the depth and complexity of their personalities.  They'd be the first ones to tell you that they have some pretty big flaws.  I liked how it was explained about how each in their own ways had been existing in the "in-between."
The secondary people in the story added even more depth to the story.  Roe had more people backing him that he ever realized.  And when they were needed they weren't shy about showing up.
There is all the action that you could want in the story too.  Surprises,  Danger, strong desires for vengeance, friendships, romance, long held secrets being exposed.
The story races to a dramatic ending with a good Epilogue to finish things off.