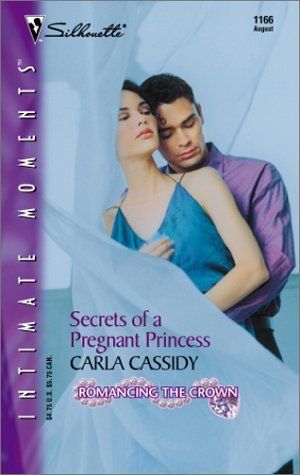 A KINGDOM'S HONOR depends on the actions of the man assigned to protect its princess…When Princess Samira Kamal found herself pregnant and abandoned, she faced shaming her family and threatening the peace between Tamir and neighboring Montebello. Then her mysterious bodyguard made a shocking proposal: "Marry me." She'd thought Farid Nasir more machine than man-now Samira yearned to uncover the hidden depths of the man she would call husband…For Farid, marrying the princess to save his country's honor was all in a day's work-until nighttime came. Suddenly Farid realized his wife was a warm, desirable woman-and a threat to the icy barricades of his heart!  AMAZON LINK
3.5   STARS

Good main characters in an unusual setting.  The princess Samira is the one of the three princesses that was the most gentle, and easy going.  She generally didn't rock the boat and she found confrontation painful and upsetting.  Too bad that at least one of her naive decisions leaves her in a dangerous position.  Her reputation, her kingdom's reputation and the peace of two nations is at risk.
Farid was an honorable man  who places his protection of the royal family over and above his own interests.  And he would do it every time.   He proves it time and again and also with his idea to marry Samira to protect everyone.  Samira wants to marry for love but he doesn't believe in that.  He's never had that for a woman before but he does know duty.
The story slows down for a while as Samira and Farid works through things.  But they sure speed up when they return to Tamir.  There's a couple of surprises awaiting them and a couple of secrets are exposed.