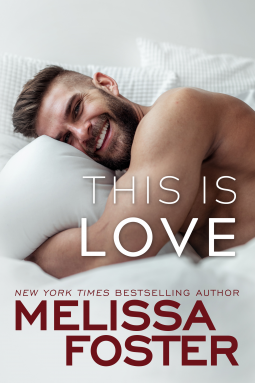 She has everything money can buy, but her bodyguard is all she wants—and together they’re exactly what each other needs in this heart-racing romance by Melissa Foster, the New York Times bestselling author of Call Her Mine.
Actress Remi Divine is sick of bodyguards, sick of stalkers, and sick of feeling like she is always under a microscope. But this movie star isn’t helpless by any means. She’s got a rebellious streak, and she knows how to use it. First order of business: getting rid of the overbearing bodyguards who are sticking to her like glue.
Mason Swift has made protecting others his life, and when Remi ditches his two best men, he takes over and gives it everything he has. Having grown up in the foster-care system, and as a former special operative, he knows all the tricks. Nothing gets by him, especially not gorgeous, sneaky Remi.
He thinks she’s a diva. She thinks he’s arrogant. But when sparks turn to flames and their walls come down, their true hearts are revealed, and their connection is unstoppable. And when tragedy strikes, Remi realizes that being protected isn’t the worst thing in the world—but losing Mason just might be.
AMAZON LINK
3 STARS

This could have easily been a poor little rich girl but it's not really.  Remi has earned everything that she has gained as an actress.  But she's reached the pressure of being too contained, too cut off from normal life.  One of the main reasons for her giving her bodyguards the slip.   Even her brother Aiden who loves her has over protected her most of the time.  As her much older brother he stepped up to raise her when they lost their parents when she was twelve.
I liked that Remi was more than what you saw. This was an emotional story not only because of the current dangers but because of some of the past hurts in her life.  I really did like that there is a phrase that helps Remi so much in tough situations.  "Just Breathe" is the phrase that holds a lot of meaning for her and we get to see that as well.
Mason was a really good , honorable man who was top notch when it came to security issues.  Remi was also surprised as time went on that he "got" her, he understood some of the things she felt.  He did look below her surface.  And the longer he looked, the deeper he was pulled into wanting her.  They had plenty of dangers around them without that.  But the attraction was too intense to hold off for very long.  He also brought a lot of emotional pain to the story too because his past  isn't as smooth as most people might think.

I have to say that although I know that this is Book 2 in this series, I was a bit unprepared for all of the people introduced in this story.  I was unfamiliar with them although I liked the Dalton family and those that supported Remi.  It's just that I often lost my place with who was who, who was single, who was married, who the babies went with which couple.  You get the idea, right?
Still, the stalker is found as we knew they would be even if we didn't know exactly how that was going to happen. Watch for the dangerous surprise twist. This leads into a H.E.A. adding more tender  moments to the story.


“I voluntarily read and reviewed an advanced copy of this book. All thoughts and opinions are my own.”
Posted by Flame at 6:13 PM