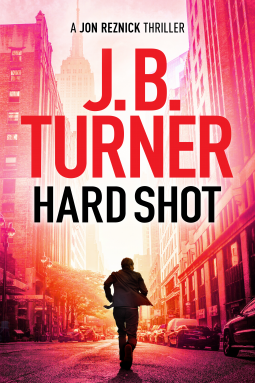 Jon Reznick will protect New York City or die trying.
When a group of homegrown attackers takes aim at cops outside a Fourth of July baseball game, black-ops specialist Jon Reznick and his daughter, Lauren, are caught in the cross fire. Jon hunts down two of the gunmen. But the last member of the group is at large and about to launch a fresh killing spree across the city. Cops are under fire, and Jon must stop this madman before more people are killed.
But Jon’s renegade tactics and vigilante justice are starting to ruffle some feathers, and his friends in high places might not be able to help him anymore. With leaks inside the FBI and resistance from the NYPD, Reznick doesn’t know whom to trust.
He knows one thing: he won’t watch the city he loves be torn apart, especially not with his daughter in the crosshairs. But can he get to her in time? AMAZON LINK
5 STARS


I think this might be the first book I have read in this series. This was a scary good story.   It was not only scary because of the content but also because some of it could have been pulled from some of the current events happening in the news now.  It was emotional, intense with a whole lot of suspense and drama.
Travis and Ryan have a plan and it's not one that will be good for other people. There was a good foundation made about the main characters.  And by Chapter 3 things were hitting the fan.
I was intrigued how this author described the story so well that I could "feel" the situations.
That's not easy to do so I salute the author for pulling me in.  Whether it was the emotions, the intensity or the surroundings, they all could be felt.
Martha Meyerstein (FBI Assistant Director) was told something earlier in the story.  A top criminal who was in prison, Thomas Mad Dog Mills was someone that she was trying to make a deal with for information.  He said that they had people (bad guys) everywhere.  As the story goes on it looks like she should have given that statement a whole lot of more weight.   As the story goes on, we find that a whole lot of other agencies are up to their necks in secrets about this this hate group.  I liked reading about Martha's working relationship with Jon and the hints to maybe it could lead to more.

Jon Reznik is a good guy whose had to do some tough stuff.  This book has dark moments and often times because of Reznik's past consulting work with the FBI often casting him like an anti-hero.  But definitely misunderstood man for sure. His love for his daughter and his over the top desire to protect her is right in the forefront.  But after all he's seen it's not unreasonable and one of the positives about him.  He also has flaws too some he's beginning to think seriously about.  At one time during the story he's even beginning to wonder if he's seen too much.  He feels like he's back in a war zone but in his own country.  And just maybe he needs to make some changes.
The story stays dramatic right until it's very end.


"I voluntarily read and reviewed an advanced copy of this book. All thoughts and opinions are my own.”
Posted by Flame at 3:33 PM