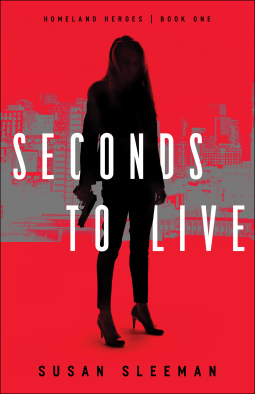 When cybercriminals hack into the US Marshals' Witness Protection database and auction off witnesses' personal details to the highest bidders, the RED Team led by FBI Agent Sean Nichols begins a high-stakes chase to find the hacker. But before he can even get started, the first witness is targeted and barely escapes with her life. Sean believes Phantom, an obsessed hacker who previously outwitted the top minds in the field, is behind the attack, and Sean needs this witness's help, as she's the person who has come closest to discovering Phantom's identity.

Trouble is, she's a witness under the care of US Marshal Taylor Mills, and Sean is reluctant to work with the captivating marshal who knows his deepest secrets. But Phantom claims he knows where the witness is hiding and will kill her, so to stop the hacker, Sean and Taylor must work through their personal pain and learn to trust each other. . . . The seconds are ticking down before someone dies
AMAZON LINK     .
4 STARS

Dramatic start to the story.  You feel the intensity of it pretty quickly.   There's a clever, cruel villain out there that won't be easy to find let alone stop.
I liked that the two main characters have only known each other for six months.  Well, they have communicated online for six months but haven't met yet.   But this case is something that changes that.  They have shared some pretty private challenges in the anonymity of being online.  But now, it's going to be a bit awkward as they meet face to face.  It leads to some frictions while they are on the job. It also has a low key romance which they are fighting.
Some of the people that Taylor is responsible to protect those who follow the rules in WITSEC.  Dustee just didn't happen to be one of those.  It is putting her twin sister and herself in even more danger.  Taylor will still go to the mat when it comes to protecting them and that also puts her in the line of fire.
This was an intense, emotional, action story with twists and surprises.   It even has touches here and there of faith in God being shown.
Some of the most dramatic surprises awaited me towards the end of the story.   The identity of Phantom had to be one of the biggest.

“I voluntarily read and reviewed an advanced copy of this book. All thoughts and opinions are my own.”
Posted by Flame at 12:21 AM