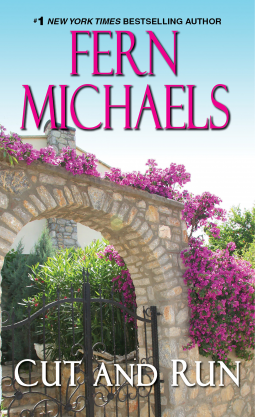 The Sisterhood: a group of women from all walks of life bound by friendship and a quest for justice. Armed with vast resources, top-notch expertise, and a loyal network of allies around the globe, the Sisterhood will not rest until every wrong is made right.

It’s been three months since Countess Annie de Silva slipped away from her home before dawn, leaving a cryptic note and no clue as to her destination. That’s an eternity for friends as devoted as the Sisterhood. Now they’re desperate to ensure that their founding member is alive and well, and that means tracking her down—wherever in the world she might be.

Myra Rutledge, Annie’s closest confidante, knows the secrets of Annie’s past, including the remote mountain in Spain where Annie spent some of the best—and worst—days of her life. Annie vowed that she’d never return to the mountain or the stunning monastery there. But the memories of the past have called her back. Now, she needs allies who are fearless, loyal, and willing to do whatever it takes to see justice done. And with the safety of one of their own on the line, the Sisterhood won’t let her down . . .  AMAZON LINK

I've read quite a few books in this particular series.  They generally fell into one of three categories for me.  I either thought it was Just Okay, I liked it or I loved it.  This one is a solid I liked it.
I will say that I thought Myra made kind of a bone head decision when she went haring off to try to save Annie.  But I get her emotional motive too.  She loves Annie like a sister and has for years; they are tight.
This time around Annie and Myra are more all on their own.  They encounter unusual circumstances but also some unusual help too!
Not to worry their "Calvary" does show up to help them.  Their Calvary included both the female and male versions of their select group.  That included multi-talented Cyrus who finally gets to put the bite on someone in the story.  For those of you who don't know Cyrus is an unusual dog who owns Nikki and Jack.  And he would be highly offended if anyone was to call him just a dog.  Although in this story his quirkiness isn't as up front as in the other stories.
I will say that even if you haven't read any of the other books in this series, it would still be pretty easy to follow.  You'd miss some of the background that would have added more depth but you wouldn't get lost.
I also liked the touch of softness that we got to see with Avery Snowden, the super spy.
Everything comes to a good conclusion which is covered in the Epilogue.  With a sweet surprise that Annie, The Countess helps bring about.
However, I sure would have liked to see more of what happens to Enrico.  In the "old days" of this series there was more of a punishment that fit the crime and we would see where the villain ended up. I know it might not seem nice but I miss that.   Only part of the move against him was seen. The rest was left to the imagination once Snowden helped remove him. It was like "pouf" he was just gone.
Posted by Flame at 5:18 PM