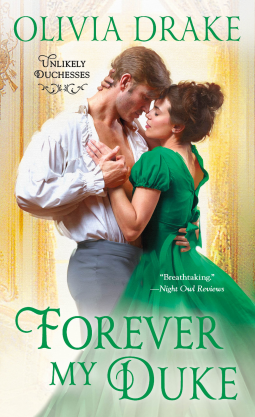 “I find Miss Fanshawe to be quite charming—for an American.”—The Prince Regent
Hadrian Ames, the Duke of Clayton, needs a bride. He even has the perfect one picked out. That is, until he meets the lovely, free-spirited Natalie Fanshawe. She’s the opposite of what a man of his high rank should desire in a wife—an outspoken American who has never even set foot in a London ballroom.
But Natalie doesn’t have time to be swept off her feet by a handsome duke who must be a spoiled scoundrel like every other British lord. And she couldn’t care less about Hadrian’s title. After all, it’s not as if he actually worked to attain his wealth and status. He surely can’t understand what it’s like to be a busy woman, planning to open a school while trying to reunite a six-year-old orphan with his English relatives. Nevertheless, Hadrian launches his campaign to win her heart. Can the utterly delightful American beauty ever find a way to love him…despite his being a duke?
AMAZON LINK
4 STARS

I had mixed feelings on this one at first but for the most part I liked it.  That probably had to do with the complex, interesting main characters.  Hadrian came across as haughty, cold and unfeeling as well as arrogant.  I have to admit that I didn't like him much at first.  But as the story goes on you get to know that he is also so much more.  Everything in the area of his emotions have been locked down tight. And as you read about how he was raised by his cold, unfeeling guardian it gets real clear how that came about.
That is about to hit a wall when he meets up with Natalie. His high handed ways and his title don't impress her one bit.  In fact she wouldn't have ever set even one foot on English soil if it wasn't for her promise.  A promise to her dying best friend to bring her son, Leo to his grandfather in England.  And a cold "welcome" is what Natalie and Leo encounter.
Leo was quite the scamp who kept things lively.  I also enjoyed the interactions between Leo and Natalie.  And eventually Hadrian, who teased him by affectionately calling him brat.
There are times when the story slows down and it doesn't feel like much is happening.  That was one of the things that I didn't enjoy as much.
While Natalie and Hadrian try to work out their differences and there feelings, there is a greedy threat that has to be addressed.  But both of our main characters are well up for the challenge.  Bringing the story to a happy conclusion.


“I voluntarily read and reviewed an advanced copy of this book. All thoughts and opinions are my own.”
Posted by Flame at 10:00 PM