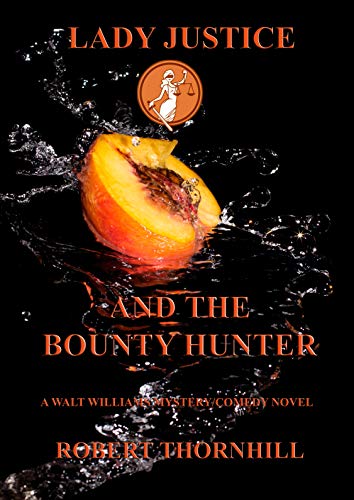 Walt teams up with bounty hunter, Georgia Peach, to bring down drug dealers, wife beaters, kidnappers, grave robbers, jewel thieves, and an ex-con looking for revenge. In the process, Walt discovers that Georgia and her family are ‘unusual’ in more ways than one. Walt thought he had seen it all as a cop for five years and a P.I for five more, but he had no idea how bizarre things could be until he met Georgia Peach.  AMAZON LINK
3.5 STARS

This was my first introduction to Walt and his friends so I wasn't exactly sure what to expect.  At first it kind of had me scratching my head.
It seemed like it just rolled from one dangerous adventure right into the next one.  Not a bad thing but it did take me a while to get used to that.
I also have to say that the story didn't go super deep into the lives of the main characters.  But enough to like them and want to see how they were going to overcome.
It was also interesting to see how Georgia and Walt ended up intersecting job after job.
I do have to give the author credit for coming up with some interesting situations time and again.  And also using some creative ways to turn things to the teams advantage.  Usually just in the nick of time.
Posted by Flame at 10:54 PM