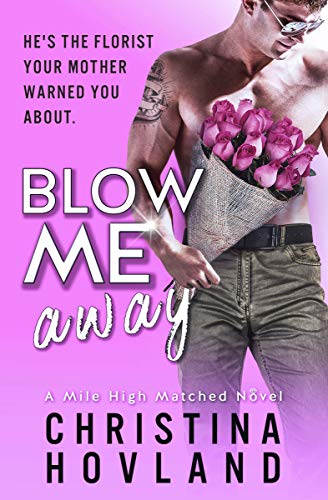 It's all fun and games until somebody falls in love...


Jase Dvornakov has always loved women, 80's hair band music, and things that go boom. He used to disarm bombs in the Navy, but he's back in Denver after a mission overseas went sideways and destroyed his future, including his marriage. Now he arranges flowers in his family's floral business because flowers don't explode.

Cookie-baker extraordinaire, Heather Reese, has had one too many rounds of heartache, so she's sworn off men and prefers to spend her evenings binge-watching game shows. Plus her no-men rule gives her time to focus on her dream come true--Heather's Cookie Co.--her very own bake shop with an underground following for naughty shaped treats. She refuses to be interested in the hot-shot florist across the street. He is trouble with a capital T. Sexy trouble, but still, a hook-up with Jase is a hard nope.

Desperate to avoid his family's incessant matchmaking, a fake breakup with the beautiful Heather is just what the florist ordered. If his family believes Heather decimated his heart, they'll leave him alone. Heather isn't so keen on the idea, but Jase is determined to make it worth her while. When a pretend breakup becomes the real romance neither was expecting, together they'll have to decide if it's finally time to light the fuse on love...AMAZON LINK
3.5 STARS

Both of the main characters were interesting people; quirks and all.  And speaking of quirky people ALL of Jase's family fits that bill.  Especially his grandmother who is one hilarious force of nature.  She does things her way, no matter any opposition.
I found this hard to rate because I really enjoyed the humor that played a big part in this story.  It's emotional as well.
However after a while I kept waiting for Jase to find his backbone when it came to dealing with his family.  It makes it all that much harder for him though because he genuinely loves them.
I found his taking the easy route a bit old after a while.
There IS a H.E.A. though which I always like to see.