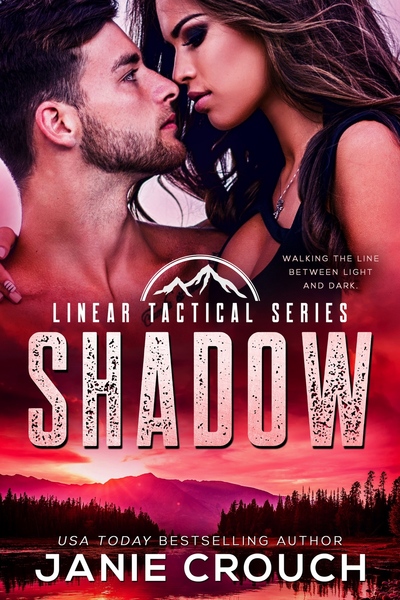 Heath Kavanaugh lost years of his life working for a covert agency that ended up being the enemy. Knowing they put something inside his head—constant, incomprehensible whispers—is driving him crazy.

He needs answers, but they’re nowhere to be found.

What he definitely doesn't need is to fall hard for his Linear teammate's younger sister, Jacquelyn—the adorable linguistics doctoral student who happens to be in the wrong place at the wrong time.

Especially when Heath’s attention puts her directly in the path of a danger he thought was gone for good. To stop it, they’ll have to figure out what’s in his head. And hope it doesn’t destroy them all.
AMAZON LINK
5+ STARS

I just finished reading this book and loved it so much that I hardly know where to start.  I do know that it rates a 5+ Star rating from me when Amazon opens up for the reviews.
Let me start with the woman in this story....Lyn Norris.  Well, there's more to her name just like there is more to this story.  I'm not going to ruin it by explaining that because you can discover it just like I did.  Just let me say that this woman was one interesting person and I can say that I have never encountered a main character like her..  Because yes, she will be a main character in this story as well.  Boy, can she keeps secrets and she has been keeping them from her overprotective family.  She was so shy and bookish in the beginning but just watch her grow.  She can be my best friend any day!
Heath now there was another great main character.  Every time he thinks he's getting close to the answers he needs "Poof" something happens to the source and he's right back where he started.  Which is frustratingly nowhere.
There is plenty of secrets, action, twists and turns and the surprises just keep coming.  You won't get confused but you will stay involved.
I enjoyed the game of how many languages can we swear in game that played out between Lyn and Heath.  That was fun and different.  I also enjoyed how Lyn picked up on the non-verbal code that the was second nature to both her brother Gavin and the guys with all the specialized training.  That included her cousin Noah and some of the team members who were all working together to make things right.
What about the romance, you ask?   Sweet, tender and a relationship that is growing even amidst all the danger.
The story comes to a rip-roaring conclusion with a very good Epilogue.  Which to be honest I ALWAYS want to see.