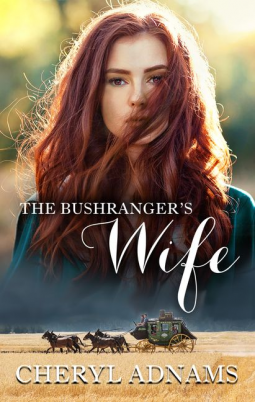 How do you tame a wild colonial boy? With an even wilder colonial girl.
Central Highlands of Victoria 1861
Jack the Devil's reputation precedes him. The most notorious bushranger on the Central Highlands, nothing throws him off his game-until he holds up Prudence Stanforth and her grandmother. Jack can't help but be captivated by the feisty Pru and her lack of fear in the face of danger.
Weeks later, Pru crosses paths with the respectable businessman Jack Fairweather, and it's not long before she recognises him as the bushranger who stole her favourite necklace. His price for the locket's return is a kiss-a kiss that ignites sparks in them both.
When Pru discovers her grandmother has been keeping a devastating secret, running away with Jack the Devil is the perfect escape for her broken heart. The dangerous nature of his less than salubrious occupation is a poetic contradiction to her sheltered upbringing, and only fuels their passion.
But as life becomes more complicated, will the return of dark elements from Jack's past ruin their chance at happiness?  AMAZON 3 STARS

Charming, different and unusual would be some pretty good ways to describe this book.
This book also had interesting main characters in unusual circumstances. Jack and Pru couldn't be more different than if they had tried.  One thing they did have in common was the desire for adventure. Oh, and of course their mutual attraction.  And what a way for them to first meet.
The secret that Pru's grandmother has kept from her is a cruel one.   And is quite the surprise for Pru and quite the plot twist for me, the reader.
As gentle as Pru could be, she could also be fierce, determined and clever. Of course, that's not counting some of the STUPID things that she did.  Some of those had me shaking my head.
Jack came up the hard way learning to be a thief as a teenager to survive.  When he held up people he was also especially charming and non-violent.  That last part is especially important to the story.
There are a few good secondary people; like Bobby and Katie add to the story.
Things hit the fan in an unexpected way as does the conclusion of the story.

“I voluntarily read and reviewed an advanced copy of this book. All thoughts and opinions are my own.”
Posted by Flame at 7:22 AM