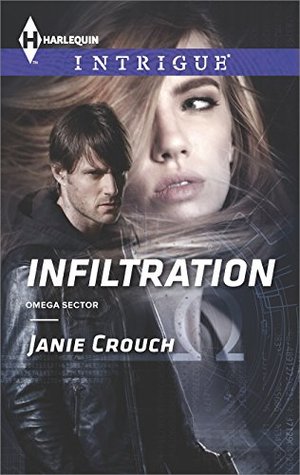 Part 1 of the Omega Sector series
She never expected to see her old flame again. Or be kidnapped by him. The wrong place at the wrong timethat's the only way Sophia Reardon could explain her predicament. She wasn't even an FBI field agent and now she was being taken hostage. By her ex-boyfriend Cameron Branson. The moment Sophia walked into his undercover operation, Cameron warned her that his employers would want to break her. So keeping her by his side, pretending not to have feelings for her, was the best way to maintain his role in the dangerous organization, and the only way to keep them both safe. Because if they got their hands on her, she could expose him and his secrets. And then they'd no longer have any reason to keep her around   AMAZON LINK
5 STARS

The book had a dramatic start and the tension just kept on going.  Edge of the seat reading would be a really good way to put it.
I liked how realistic most of it was.

Great main characters who pulled me in right away.  Unpredictable things happened and each time as "situation" came up I was thinking, "how are they going to get out of this one?"  They came up with creative thinking and actions to pull them out of one danger after another.  Every once in a while Cam would do something that made me think it was odd and a bit stupid.  Odd that a seasoned undercover pro hadn't thought to check on that.  But I'm not saying that endangered my enjoyment of the story because it didn't.
About the time you think it couldn't get more intense, it totally does.  It ends even more dramatically than when it started.
I liked the list of the cast of characters that was included in the book.  That was a nice touch.

There is also an excerpt for a book by Joanna Wayne titled, " Midnight Rider."