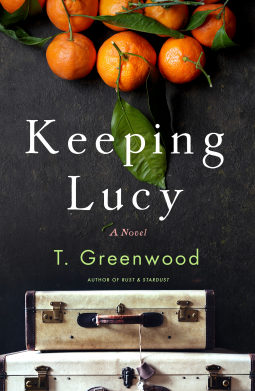 From the author of Rust & Stardust comes this heartbreaking story, inspired by true events, of how far one mother must go to protect her daughter.
Dover, Massachusetts, 1969. Ginny Richardson's heart was torn open when her baby girl, Lucy, born with Down Syndrome, was taken from her. Under pressure from his powerful family, her husband, Ab, sent Lucy away to Willowridge, a special school for the “feeble-minded." Ab tried to convince Ginny it was for the best. That they should grieve for their daughter as though she were dead. That they should try to move on.
But two years later, when Ginny's best friend, Marsha, shows her a series of articles exposing Willowridge as a hell-on-earth--its squalid hallways filled with neglected children--she knows she can't leave her daughter there. With Ginny's six-year-old son in tow, Ginny and Marsha drive to the school to see Lucy for themselves. What they find sets their course on a heart-racing journey across state lines—turning Ginny into a fugitive.
For the first time, Ginny must test her own strength and face the world head-on as she fights Ab and his domineering father for the right to keep Lucy. Racing from Massachusetts to the beaches of Atlantic City, through the Blue Ridge Mountains of Virginia to a roadside mermaid show in Florida, Keeping Lucy is a searing portrait of just how far a mother’s love can take her.
AMAZON LINK
5 STARS

Awesome story.  One that I have to admit scared me a bit.  Yes, the book blurb made me want to read it.  But I was also a bit afraid that it might be totally depressing and make me blubber all the way through.    It didn't do any of those things but it definitely was an emotional story.  One that kept me totally involved all the way through.
I don't always like it when a story goes back and forth between the past and the current times.  But this one did it so well, that I didn't mind at all.  Mainly the years 1969 (when Lucy was born) and the then current year of 1971 was dealt with. There is also a few looks back at the years prior to those dates.  But it gave a great look into who the main characters were and who they HAD been.   1971 was the year when the truth finally hit Ginny.  It was a dramatic, painful hit that her best friend, Marsha brought to her attention.  It changes everything.
Ab and Ginny were living lives that they had NEVER dreamed of.  And they were both trapped in their own ways.  They do have a precious little boy Peyton who hardly gets to see his father.  Because Ab's father practically has his whole life controlled in the ways that he wants.  And guilt holds Ab in place with a ferocious way.   Ab had never really won an argument with his father.  He ruled with his iron control, wealth and power.
As you read the book, you can get the gist of some of what sweet Lucy's  story has been.
This was such a well written story with surprises along the way.  Even with people who surprisingly supported them as they ran for Lucy's life.  No it wasn't an underground railroad or anything like that.  But kind, loving people along the way.
I liked the way the story ended and how Ginny fought as hard as she did to protect the child she had been grieving over.  The betrayals that she had gone through were outrageous.  But she did end up growing a backbone because of that fight for Lucy.


“I voluntarily read and reviewed an advanced copy of this book. All thoughts and opinions are my own.”
Posted by Flame at 2:26 PM