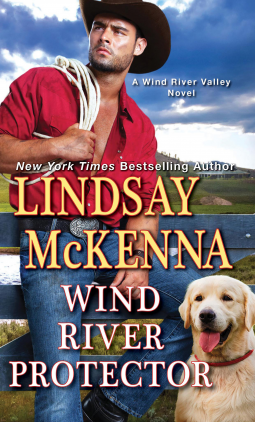 The new novel from the bestselling author of Home to Wind River.

Ex-Air Force pilot Andy Whitcomb loves nothing more than the wide blue skies, but when a helicopter crash fighting forest fires in California leaves her injured and shaken, she’s ready to return home to the peace of Wind River Ranch. The good news is, there’s a chance for her to fly helos for the county sheriff’s department. The bad news? The person in charge is none other than Dev Mitchell, an ex-Army Black Hawk pilot—and the rugged, sharp-eyed man Andy has never forgotten after five days together running from the Taliban after a nerve-wracking near-miss in Afghanistan.

Dev can’t believe his eyes when Andy walks into the interview. She’s as strong and sexy as he remembers, and every bit qualified for the job, which she clearly wants. Unfortunately, if he’s going to be her boss, their relationship has to remain strictly professional—a regret Dev fights to keep hidden as they begin to work together. But when a chance encounter with violent drug traffickers forces them into survival mode, both of them will fight to hold on to the connection they can’t ignore—and the chance of a future together. AMAZON 3.5 STARS

What a heart-pounding start!  It makes for a frantic 5 day race to outrun a very dangerous threat.  Then Andy and Dev lose touch. But it was interesting how they re-connect.
After that point I had mixed feelings about this book.  While both of the main characters were strong interesting people I felt like the story kind of ground down to a super slow pace.  I realized that at about 51% on my kindle that it had happened. There was a lot of angst that I felt like it kind of overtook the story.  I do have to say at the point though there had been other people added to the story that made it a bit fuller.  I also liked that the community of people pulled together to help veterans regardless of color or gender.
One of the things that caused mixed feelings for me was that it just seemed like several points were hammered on again and again.  I got the fact that the issue of abandonment was a big one for Andy and her adopted siblings but it just felt like it went on too long.   Over and over the SAME point about how it interfered with making any trusted serious relationships with the opposite sex.  I just wanted to yell, "Enough of this, move on."
Both Andy and Dev seemed to run into trouble time after time, so that did provide some action.