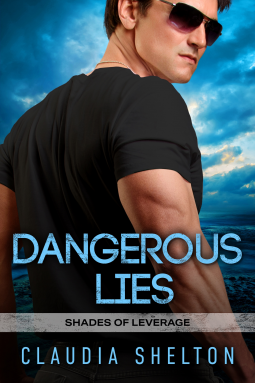 To ex-Navy SEAL Mitch Granger, responsibility isn’t just a word. It’s his Code of Honor. But when assigned to protect Coercion Ten’s latest target, she challenges his authority, defies his rules, and wreaks havoc on his personal willpower. Fighting for her isn’t a problem. Giving his life for her isn’t a problem. Forgetting their world-stopping kiss? Definite problem. And if he can’t concentrate solely on keeping her safe, it may cost them both their lives.
Journalist Liz Walkert’s missing father sent her a cryptic message that she was in danger. What he didn’t tell her was why. Unbeknownst to Liz, her family has been in Witness Protection all her life. Mitch may be her bodyguard, but his protection comes close to being control, the one thing she has none of in his presence. After a kidnap attempt and a narrow escape from attacking CT forces, they both realize they’re going to need to focus on the mission and fight their attraction if they have any hope of surviving.  AMAZON  4 STARS

This book thrived on tense moments.  The dangers were real and just kept escalating.
The people in the book were good and kept my interest.
Mitch and Elizabeth (Liz) were strong personalities with their own ways of doing things.  So of course, you know they will be butting heads from the start.  It takes a while for Liz to get on board with being told what to do and when to do it.   She had enough of that as a kid when her dad was super controlling.  That is a whole different but important part of the story.
It was mentioned that Mitch probably came out of the womb and slid right into responsibility.  And as parts of his history were shared he had taken on a lot of responsibility from a young age.  It took a while for Liz to see the difference between control and being responsible.    The romance part of their story was enjoyable without too much detailed sex being included.
I have to say that I did have my eyes on a couple of people that I wasn't sure were part of the good guys posse.  One of them I was tossing back and forth between the two camps.
But the way their true motives were exposed was good and brought a good twist to the story.
I felt like a few things were left unanswered when it came to the outcomes but it does have a lot of fierce action at the end.  Also includes an Epilogue, which is something I always like.