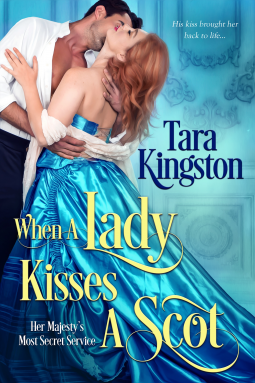 Rose Fleming has been presumed dead for the last decade. It required leaving everything—and everyone—she loved behind, including MacAllister Campbell. But faking her death allowed her to stay safe until the threat posed by a mysterious villain had passed. Believing it’s finally safe again, she returns...and runs smack into the only man she ever loved.
But Rose was wrong and the stalker she escaped years ago still has her in his sights.
Ten years ago, Mac mourned the death of the woman he loved. It’s taken years to heal his heart only to discover that not only is Rose still alive, but still in grave danger. Mac can forgive Rose’s deception, but he’d never be able to forgive himself if he didn’t protect her from the evil still stalking her.
The only thing worse than losing her once would be losing her again... and he won’t let that happen.
AMAZON  4  STARS

This book opens with family members running for their lives, especially Rose.  In fact the whole process of running is to protect her.  No one is exactly sure why someone will kill anyone in their path to get to her, they just know that they exist.
Rose managed to remain hidden from those evil people for 10 years but they have not been easy years.  But she still has to be careful because they haven't given up the hunt and they are on her trail.   But as one person later observed she has a trail of people who keep dying around her.  Especially when she shows up in England.  She definitely does NOT want MacAllister to one of them.
MacAllister was always a pretty skilled man when he was younger but he's just gotten more skilled and tougher with age.  As the story unfolds the reader gets a better view of the resources he also has now. It also helps introducing some good secondary people.
It's pretty clear that neither of them ever forgot the other.
There is action and a cat and mouse chase in the story.  But on the down side it felt like it kind of stalled a time or two.  It also felt like several issues were gone over and over a few more times than I would have liked. It slowed the story.  But other than that it was a pretty decent story.
How about that eBook cover?  That was attention getting!