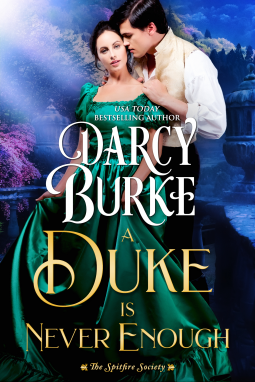 From the USA Today bestselling author of The Untouchables series comes your next Regency obsession: The Spitfire Society... Meet the smart, independent women who’ve decided they don’t need Society’s rules, their families’ expectations, or, most importantly, a husband. But just because they don’t need a man doesn’t mean they might not want one.
Notorious rake Marcus Raleigh, Marquess of Ripley, is gracing the gossip pages for a new reason: the rumors he may have murdered his swindling cousin. His quest for answers regarding his cousin’s death leads him to an incomparable self-declared spinster, and he is—for the first time—beguiled beyond reason. Neither is what the other wants, and yet their intense mutual infatuation is inescapable.
After abandoning her philandering betrothed at the altar, Phoebe Lennox fled from London only to return an heiress who refuses to follow the ton’s rules. She won’t risk a relationship of any kind—until she meets the scandalous Marquess of Ripley. Swept into his seductive embrace, her resolve falters in the face of a pleasure she never anticipated. But when the truth about Marcus and the murder come to light, Phoebe could lose everything she holds dear, including a love for all time.
AMAZON LINK                     3 STARS

This story had potential but it just didn't do it for me.
It did have the beginning of good main characters and a plot of a dastardly swindler.  But I just ended up feeling like Marcus and Phoebe were wasted in this story.  Although Marcus and Phoebe start out as friends who are attracted to each other. It leads to a series of racy seduction scenes.  It just didn't pull me in and so I guess it just wasn't my cup of tea.

There's a fair amount of time spent on the independence that Phoebe has gained.  In fact, it was one of the main repetitions of the story.  And there were several things that were re-hashed as well.
One character that I wouldn't mind seeing more of is Phoebe's friend Jane.  That girl is chomping at the bit for her own freedom.  And it seems she just might not be as docile as people seem to think.
Marcus is a known rake but he does have his own honor code.  Of course some of his reputation has been over inflated because of gossipers. He doesn't knowingly use people, unlike his cousin.  Then Marcus goes and does an incredibly stupid thing that just had me shaking my head.  Oh, I get the why of it but come on, really?  But it turns out okay with the real villain exposed.  And Marcus and Phoebe get their H.E.A. that includes an Epilogue.