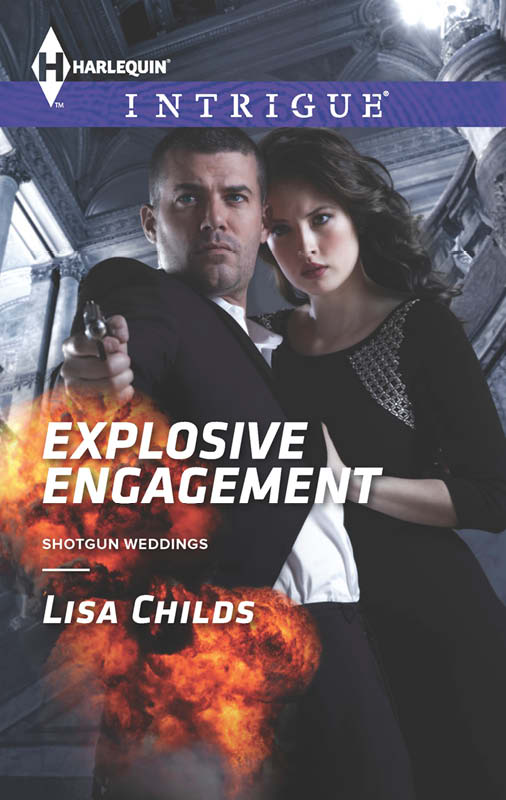 GETTING MARRIED MAY BE MORE DIFFICULT THAN COMPLETING HIS MISSION.

Nothing has fazed Logan Payne in his entire career as a bodyguard. That is, until he's tasked with protecting his biggest enemy. Stacy Kozminski isn't too thrilled about having to work with Logan either, but when attempts are made on her life, she knows he is her only hope if she wants to survive.

Soon, a target is placed on both their backs, and they have no choice but to stage an engagement to protect one another. Logan won't let Stacy out of his sight. But is it because he doesn't want to fail his assignment…or because he's come to care for the gutsy and gorgeous woman—the only woman who's ever gone toe-to-toe with him   AMAZON LINK
4 STARS


Plenty of mystery, angst, danger and enemies that are drawn to each other anyway.  It's been a lot of years of Logan and Stacy hating each other.  And both families have a lot of reasons for hating each other too.  The only hold out on that is Penny Payne.   She's lost a lot since her husband was one of those that was killed.  But she still has such tender compassion for others. And Stacy is one of those that she has drawn  into that circle for years.  Even Stacy's twin brother's can't escape her compassion either.
There is plenty of surprises and dangerous near misses when it comes to the attacks against the M.C's.   An even bigger surprise twist awaits at the ending.  Stacy and Logan do get their H.E.A. however.
I read one other book in this series.  Book 3 "Bridegroom Bodyguard" is where I started and it made me want to read this book too.
Posted by Flame at 5:07 PM