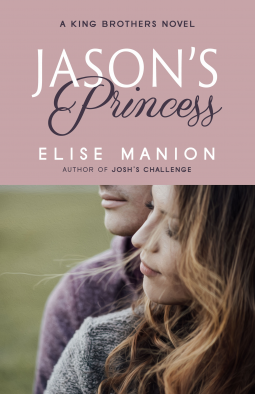 Running From the Past, She Found the Truth…
Food truck owner Julie Armstrong has a lot on her plate, including raising her seventeen-year-old brother, Charlie. Barely making ends meet, she has no time for a relationship.
Jason King has been in love with Julie since the moment he saw her. There’s only one problem: she can’t stand him and blames him for the past.
But when a dangerous man threatens Julie and her brother, she’s forced to trust the one man she never thought she could. Julie is about to discover the truth about the man who’s loved her all along.
AMAZON LINK
3.5 STARS

I really liked that both Julie and Jason shared their own point of views.  Although I liked both of the main characters,  I do have to say that it has a pretty slow start to the book.  It does take the time to build a pretty good foundation of their lives and their families.  Jason's family is one that I liked.   Still, I found the pace slower than I generally like.  It's not until about 50% on my kindle before I felt like much was starting to happen.
Her brother Charlie adds quite a bit when he finally has the ability to share what he's held to himself for so long.  His sister Julie loves him but because her ex- Billy was so charming, she had a hard time believing he was so untrustworthy. And she trusted him for years even though he dumped her.  But painful things begin to come to more light.  The danger also begins to ramp up more.  It all comes to an even more dangerous conclusion but with the "good guys" winning in the end.  Jason and Julie get their well deserved H.E.A.  I just wished I had liked it more.  For me it just felt like it was missing something.


"I voluntarily read and reviewed an advanced copy of this book. All thoughts and opinions are my own.”
Posted by Flame at 8:49 AM