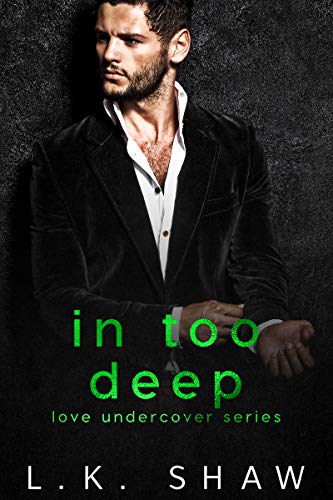 My life’s mission after joining the D.E.A has been to take down the entire drug trade in Chicago. Nothing has distracted me from it. Over the years, the line between the role I’d started out playing and the man I’ve become has blurred. The person I used to be no longer exists.

Until Gabriela. She belongs to the boss’ nephew. That doesn’t stop me from wanting her. Craving her. She threatens everything I’ve worked for. She also reminds me of the man I once was. Before the drugs and the killing. The one who tried to do the right thing. Until I lost my way.

Neither of us can resist the pull. Our passion runs hot and fiery. We meet in secret, a forbidden affair that will get us both killed. One fateful night, I discover Gabriela isn’t who she says she is. Now I have to protect the woman I’ve fallen for.

What happens when the cartel discovers my secret instead?

*this book was previously titled Love Undercover. None of the contents has changed.
AMAZON LINK    4 STARS


This book contains some really interesting main characters who have depth.  Much of their depths are even hidden from each other. So many secrets that have to stay hidden for quite a while.  Even though their dangerous attraction to each other keeps coming to the surface.
The story is also filled with intense drama, dangers, some violence and double-crosses.
The romance was good when it happened even with Tomas secrets still in place.  The sex scenes were both hot and tneder.  Even though they were a bit more detailed than I would have liked.
The tension amps up when things hit the fan as you know they will.
There is a partial H.E.A. only because a danger still possibly lurks out there.